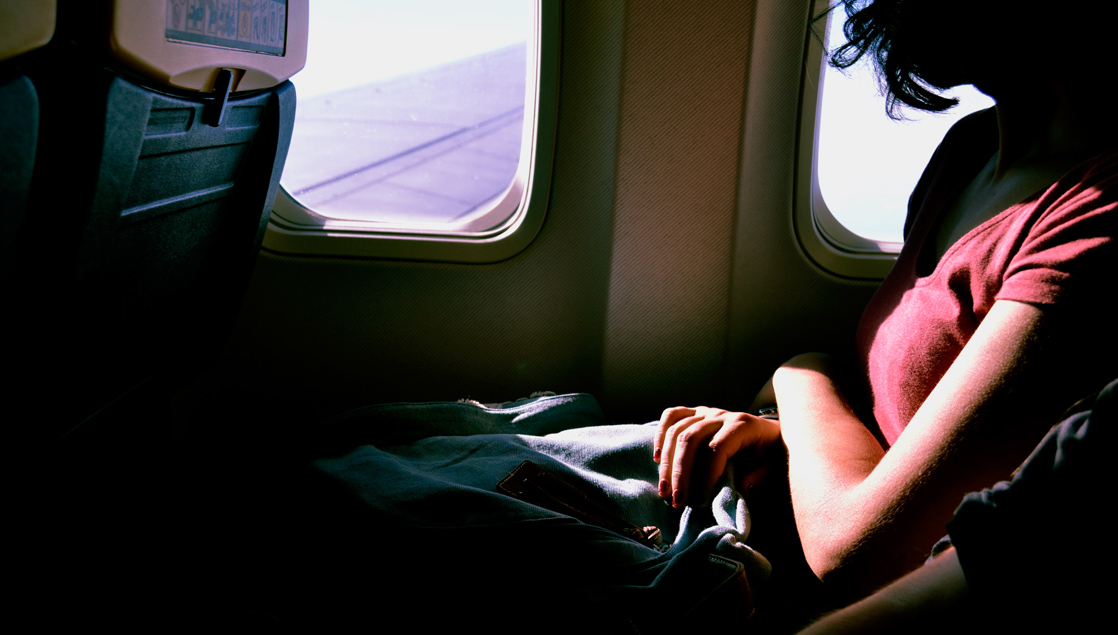 I am not sure why I talked to him. I rarely talk to anyone on a plane. I just relax. It’s “me” time. Yet our conversation lasted for an hour and a half. He intrigued me. As the conversation grew deeper I knew I wasn’t talking to the average man. This guy was brilliant. At first we shared stories. Traveling tales if you will…of experiences we had flying with other passengers, airline personnel, missed flights, airplane mishaps, and…oh yea, the pleasantries of going through security.

But this man knew more than just tales and stories. There was purpose behind every question he was asking me about my flying experience. And as our discussion grew deeper, I finally realized who he was–and what he did for a living. Turns out the guy I was sitting beside on our flight from Cincinnati to Seattle that day works for the largest airplane manufacturer in the world. Not only does he work for them, he is an engineer. A builder of sorts. But his interest wasn’t about the aerodynamics or the angle of the wings or building any particular part outside the aircraft. His job was designing and developing the cabins of the airplane–the very airplane we were on that day.

I was hooked. My questions led into a conversation about what went into building the inside of a plane. He told me how they function, particularly how Boeing studies the dynamics of the travelers’ experience from the time they leave their house for the airport, their experience with the airline personnel checking in, all the way through security until the passenger is finally sitting in his/her seat. It was this man’s job to research a passenger’s experience and then design the inside of the plane so that it catered to the traveler once they were in the cabin. So we talked. For a long time.

Then he asked what I did.

The conversation changed.  But it didn’t change like you might think. I told him I was a counselor and a teacher. He asked what I taught and I told him—The Psychology of Relationship Development. He asked why I, at such a young age, was so interested in studying relationships. It opened the door for me to share Christ and my belief that we were created for relationships. Genesis 2:18, “It’s not good that man be alone.” He then told me about his family and his two beautiful daughters. But before long, he quickly turned the conversation back to me. My beliefs. And my motivations.

He listened intently as I shared my faith with him. He asked about my relationship with God and my relationship with my family. I discovered in the midst of our conversation that he was a practicing Catholic growing up but didn’t understand how priests could help him relationally when they didn’t have relationships themselves.

Then he said something that shocked me. “You know,” he said, “You and I have something very similar in common.”

“We both study people and how they relate.”

I sat back and gave this engineer a weird look.

He continued, “You teach others how to build healthy relationships with those they love the most. I study what people want relationally when they fly–in the cabin of a plane–with others they’ve never met, and may never see again.”

I was especially intrigued that an engineer for the largest plane manufacturer in the world was so concerned about relationships. As our conversation continued he told me that in years to come my generation (Millennial) will be the most frequent number of travelers and that comfortability in a plane needs to cater to my generation. He then asked what, in the 16-29 year old generation, we were in most need of. A hook? What was it that we needed that he could use to help build planes and make the passengers experience more enjoyable–and relatable?

I talked practically to him about that for a moment and then said, “You know, we’re all looking for a hook. We’re all looking for something to grab hold of, and at the end of the day, the only thing I have is my personal relationship with Jesus. It’s out of that that I can give of myself to others. I could tell he was deep in thought trying to reconcile what I said with his already preconceived ideas of who Christ really was.

Not too long after that he pulled out his iPod and looked at pictures of his family for nearly a half an hour. I smiled inside. Thankful to have planted a seed.

On a side note: they are thinking of a round set of seats so people can look at one another when they sit on the plane.

Today was heavy. I started the day with my morning

Christi and I got to sit down with pastors @alexse