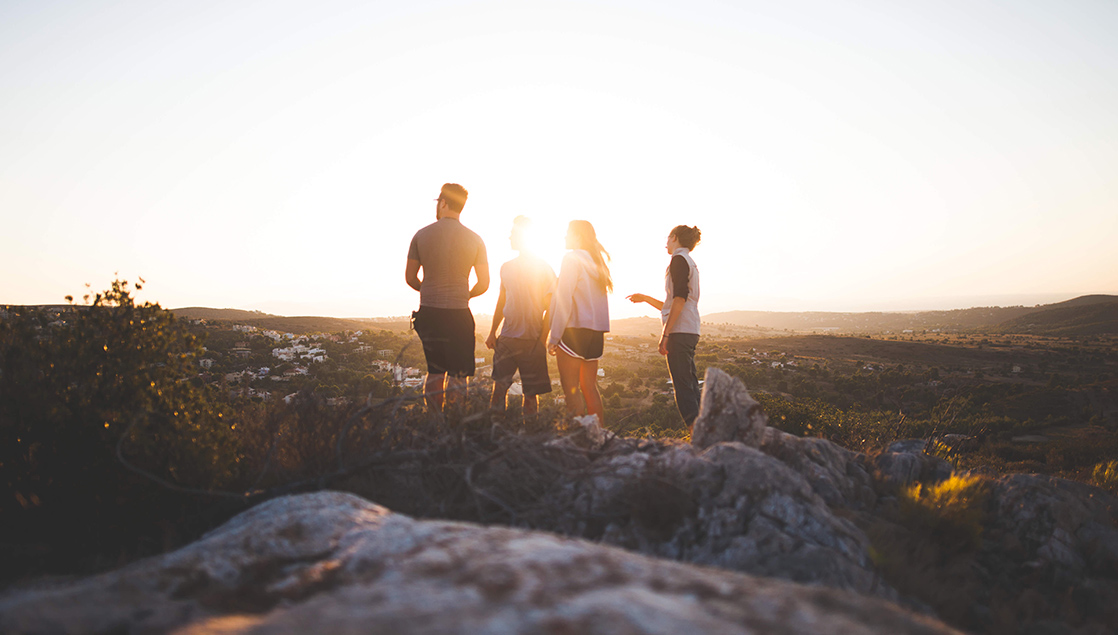 By: Becky Sweat An interview with Joshua Straub, Ph.D.

No one likes to be excluded, but it happens often in our society. Here is valuable information to help you know how to respond to the problem of cliques.

You know the feeling. You walk into the school cafeteria and see four cheerleaders sitting together at a table and know you’re not welcome to join them. Every Friday, you hear a certain group of students talking about their “big plans” for Saturday night and wish that just once you’d be invited. At church services, you can’t help but notice the same group of guys who are always talking with each other and wonder why they’ve never tried to get to know you. Somehow there are certain groups of people you just don’t “clique” with.

A clique is a tightly knit group of friends who hang out together. Often these groups are based on common interests and pursuits. Jocks, cheerleaders, skateboarders, band members, drama students and so on have a high degree of interaction and time spent together already because of their shared involvement in activities. Cliques may also form based on similarity of personality, behavior, social status or income level. For instance, teens who come from families deemed upper class or who dress in similar ways may gravitate toward each other.

Certainly, it’s wonderful to have pals who have similar interests, viewpoints, personalities and backgrounds. You can’t help but feel a special connection with those who have the same perspectives and are going through similar experiences as you. God designed us to need and want close relationships with others. Truly, friendship is a very positive thing—that is, as long as it doesn’t turn into a clique. One problem with cliques is that they tend to be exclusive and hinder wider social interaction. Family counselor Joshua Straub, Ph.D., of Lynchburg, Virginia, explains: “If you’ve simply got a group of good friends, it may not always be the same people hanging out together. Sometimes new people might do things with your group, or you may get together with someone who isn’t part of your normal circle of friends. Cliques, on the other hand, don’t usually mix with people outside their social circle.”

Another problem is that cliques promote caste mentality. Straub continues: “Typically cliques look down on people who are outside their group. This sets up a superiority mind-set of ‘I’m better than you because I’m hanging with the popular crowd.’ Once you get that mind-set, the focus becomes you and your circle of friends, and you don’t show concern for other people like you should.”

Cliques go against everything the Bible talks about in regard to reaching out to others and holding them in high esteem. For starters, Romans 12:16 says, “Live in harmony with one another. Do not be proud, but be willing to associate with people of low position” (New International Version). Philippians 2:3-4 states, “In lowliness of mind let each esteem others better than himself. Let each of you look out not only for his own interests, but also for the interests of others.”

Too often cliques create misery for outsiders they’ve determined to be unworthy of association. “Those who are excluded from a clique may suffer painful emotional feelings of rejection,” says Katherine Klehr, Ph.D., an adolescent counselor in Northfield, Illinois. “This can lead to feelings of depression, loneliness and anxiety.” That is especially true if the clique mocks or bullies outsiders, which often is the case.

Trying to fit into a clique can have negative consequences for clique members as well. Usually there are a couple “ringleaders” in a clique who determine the rules of the group, including deciding who’s in the group and how to treat outsiders. These ringleaders may pressure members of the clique to start behaving badly. “You might be pushed to say and do mean or nasty things to others that your conscience tells you are hurtful and wrong,” Klehr says.

Not only does this tarnish your character, but if you once had friends outside the clique, you may be pressured to completely sever these relationships. You may also miss out on making new friends. There may very well be people outside your clique whom you could connect with, but you’ll never know because you aren’t “allowed” to associate with them.

Whether you’re on the outside or inside, cliques can cause a lot of damage to you and others. But there are ways to deal with this challenge.

If you’re excluded from a clique:

You may be upset because a clique won’t accept you, but if you give it more thought, maybe you wouldn’t be. “If a clique doesn’t treat other people well—they’re a very closed group, they’re unkind or stuck-up—you need to ask yourself, is that something you really want to be a part of? Remember, if you were in that clique, you would have to do the same things,” Straub says.

Instead of trying to gain acceptance with a clique, focus your attention on people who seem interested in getting to know you and who will be a positive influence. “Sometimes teens are intent on being part of what’s perceived as the ‘cool crowd,’ but really, there are a lot of other places to look for friends,” Klehr says.

She suggests you explore new friendship opportunities. Join a club. Volunteer in your community. Get involved in different church and school social activities and sports programs. Show a genuine interest in the people you meet. “The more you reach out, the wider your circle of friends will be,” Klehr says.

Be open to building friendships with people you never considered before. Perhaps there are other teens at school or church whom you’ve never really tried to get to know. Maybe you’ve had some preconceived notions about them being “different” or having nothing in common with you. Now is the time to talk with them! You might find out you have a lot of similarities to connect on after all.

And don’t neglect to pray about the situation. Ask God to bring friends into your life who will be a positive influence. God cares about you and about whom you spend your time with. He knows you need companionship.

If you’re inside a clique

Take an honest assessment of how your group of friends functions. When all of you get together, are you free to invite others to join in? Would you be hassled if you socialized with someone the group doesn’t like? Do members of your group treat others badly? Probably all groups of friends have some cliquish tendencies that can be improved. But what if you are in a full-blown clique?

If you believe your group of friends is a destructive clique, be willing to take a stand. Refuse to go along with bad behavior. Figure out the best way to tell others in your group how you feel. While there’s the very real possibility they’ll turn their backs on you, you can have a clear conscience knowing you did the right thing. Of course, there’s a chance that at least some of them will take your words to heart and change their ways.

Just as the person who’s excluded from a clique should look outside that group for friends, so should you. Now is the time to widen your friendship circle.

Get to know some new people—newcomers to your church or school, people who seem shy or lonely or individuals you’ve seen at school for years but never talked to much before. Instead of only chatting with your pals at church, spend some time talking to people you don’t know really well. When you go out with your buddies, invite someone different to come along every now and then. You’re bound to make some new friends.

Even if it becomes clear you don’t have a lot in common with some of these other people, getting to know them is still worthwhile.

“It’s important to not just surround yourself with one set or group of people, but with the rich, the poor, the quiet, the strong, the weak, the bright, the not-so-bright, the popular, the unpopular, the jock, the non-jock—many different types of people,” Straub says. “This will help you understand and value the diversity and the uniqueness of other individuals, so that you’re
then able to open up to them and care about them.”

This isn’t to say that you can’t have best friends you’re with most of the time. You may very well feel closest to those with similar personalities and backgrounds. Even Jesus was closer to some friends than others. But you, like Him, should always be open to getting to know new people.

Now that you’re more aware of what cliques are and why they’re a problem, strive to notice the people around you who are in need of friends. God wants us to develop an outgoing concern for others. Breaking free from cliques is a step in the right direction.