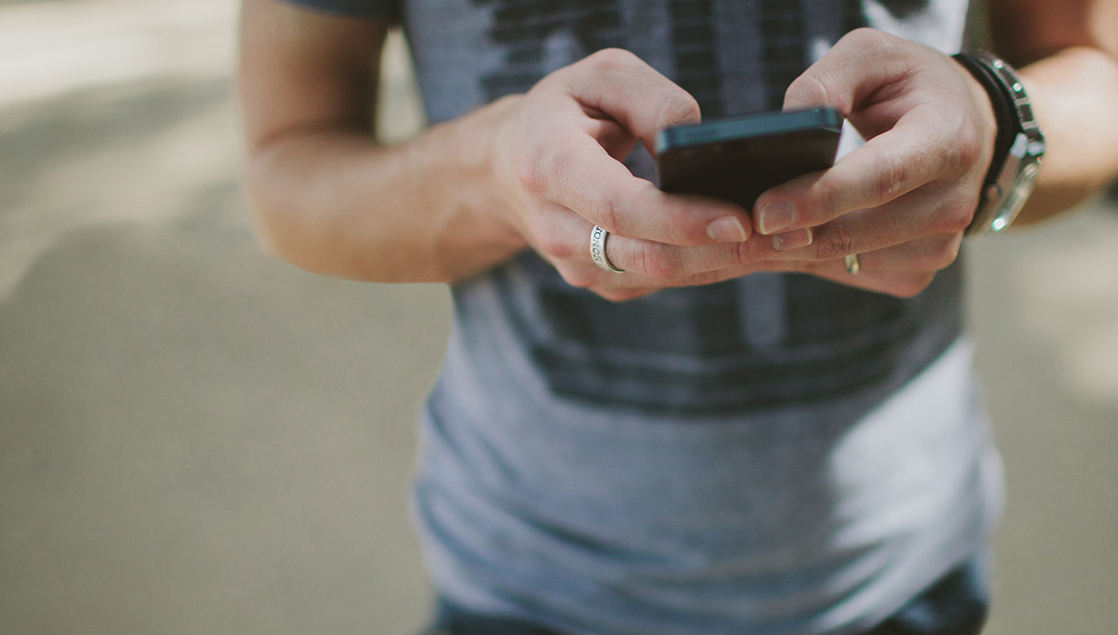 Your spouse is on his/her phone while you’re together. YOU become annoyed.

You have three options:

1.   You can call your spouse out on the spot, and perhaps arouse the elephant in the room.

2.   You can choose to not say anything at all, stay annoyed, and take it out on him/ her in a passive aggressive manner later.

3.   You can choose to not say anything in the moment, but address it later when your spouse’s defenses are lowered a bit.

What do you most often choose?

Personally, I hate calling Christi on it. We can be driving down the road as a family and she’s on her phone, in the passenger seat of course, and I say something along the lines of, “Honey, do you want to join us?”

As you can guess, it usually doesn’t go well.

To be fair, I’m just as guilty. (Though I would argue I spend less time on my phone than my wife does on hers, but who’s keeping track?)

Christi and I realized the other day there’s not much else we become more defensive about than when we’re challenged, by one another, for being on our phones. Why is this?

I think it’s because we know deep down, there’s truth in our spouse’s accusation.

And the deeper truth, the truth that hurts the most, is that the motivation behind my wife telling me to get off my phone is because she genuinely wants to connect and be with me.

The message I send is that I’d rather connect with and be with my phone than with her.

I think it’s time we start calling out the elephant in the room, and show our spouses that we love them more than we do our devices.

Here’s how we’re doing that:

1. Cuddling one another before cuddling our phone.

In our research of 665 individuals with the Screen Balanced Quotient Test, we found that 78% of people check their phones as the first activity of the day, often even before getting out of bed. One researcher found that kids are acutely aware of their parents’ disengagement from one another and even view their parents as hypocrites when it comes to setting screen limits in the home. [1]

When we cuddle one another before our phones as the first act upon waking in the morning, we begin to set a precedent of what our priorities really are.

2. Justifying our time with one another rather than our phone.

This blog is only necessary because, for most families I coach or encounter, the natural tendency is to pick up our phone in our down time rather than connect with our spouse. Think about it, when the kids are finally in bed what do you first turn to? What about at the dinner table?

Our natural tendency is to justify our actions. Christi and I are trying to no longer justify our time on our phones because it’s too easy to do so. Instead, we started justifying time together. This isn’t as easy to do.

3.   We have an e-nup—an electronic nuptial agreement

Nothing helps you to both know when you should or shouldn’t be on your phone than when you sit down together to put it in writing. We created an e-nup as one of the many tools within our resource: The Screen-Balanced Family: Six Secrets to a More Connected Family in the 21st Century.

We realized a screen-balanced family starts with you and your spouse. If the two of you are not united, your kids will divide you.

I suggest having one day a week that’s a family tech free day. Ours is Saturday at sundown to Sunday at sundown. We also have a hard and fast rule that no devices are allowed at any meal, at home or in a restaurant.

Talking about and setting expectations on the elephant, I mean iPhone, takes away the power it has in your marriage.

So stop justifying. Start cuddling. And set an e-nup.

To help you with the first step, we’re offering the e-nup for free for the next three days! Goodbye, elephant. 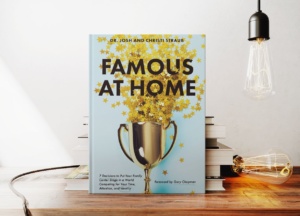