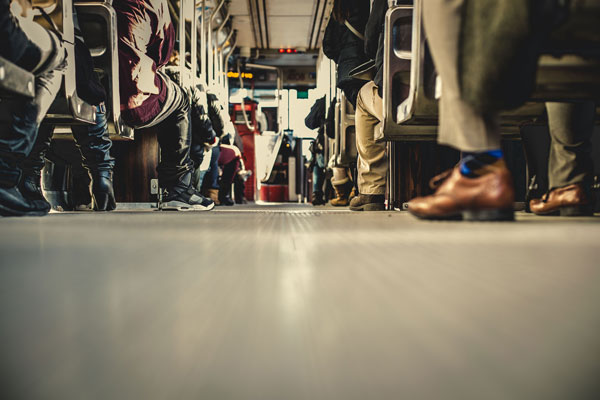 I’m a white, Protestant dad of two little children whose hearts remain innocent to the injustices happening in the world around us.

I love their innocence. I want to protect it with everything in me. They have no bias or prejudice against anyone of a different culture, race, ethnic group, or country unlike their own. The only injustice in the world my son is aware of is when another toddler takes the toy he’s playing with.

I was that innocent boy at one time. Raised in central Pennsylvania, I experienced very little diversity until I moved to New York at 22 to begin my Master’s degree. For the first time in my life I had more friends from other backgrounds and countries than I knew existed.

Becoming trained in crisis response and trauma, a few years later I found myself sitting under a tree in Rwanda with a Tutsi widow and the Hutu man who murdered her husband and children right in front of her. Today, because of what’s known as the Gacaca court system, he was released from custody and they live once again in the same village—in community together.

Learning about her pain, his remorse, and the complexities of their reconciliation was eye-opening and mind-boggling. To insert my white, privileged American bias into the situation without a deeper understanding into the history of the country, the genesis of the ethnic groups, and the resultant genocide would have been ignorant at the least, arrogant at the worst.

Too often though, that’s what we do, generally speaking: We remain ignorant because we don’t talk about the underlying issues at hand. For many of us, we innocently don’t even learn about or pay attention to the details of each specific situation.

Make no mistake, the situations in Ferguson and Baltimore are very complex situations which have a history and underlying current of injustice and discrimination.

I’m now a dad raising children in an America where racial tensions have a long history. It sadly isn’t going away anytime soon.

That’s why, as badly as I want to protect the innocence of my children, as their dad, I cannot allow that innocence to become ignorance. When we shield our children from injustice, we become complicit in the tension.

Do not allow your child’s innocence to become ignorance.

Here are a few ways we can begin doing that:

1.   Educate yourself. Before pointing fingers, jumping to conclusions, stereotyping or making generalizations about any of what you’re seeing on TV, study the history of the situation. Your children pick up your attitudes, feelings, and especially what you say, even passively to your spouse. They’re influenced by your verbal and nonverbal reactions to the events unfolding. This is how ignorance and apathy can become passed on from one generation to another. There are three sides to every coin. Let’s be parents who study all sides and the underlying causes.

2.   Don’t lie, minimize, or justify the reality of the event when your children ask about it. We do our kids no favors by lying to them about or minimizing a situation. Be discerning by age, but truthful about injustice.

a.   Pre K- Grade 4: Younger kids are not likely to understand the complexities of what’s going on in Baltimore. However, there’s no better time than now to help them label emotions like fear, anger, disappointment, and anxiety. Though you may shield them from the violence on TV, they still pick up on your feelings and attitudes about the event. Be aware of how you’re communicating to them. This age is critical for developing empathy for others, and our kids model after us.

b.   Grade 5-8: Middle school children are likely more aware of the details. One of the best ways to engage conversation about current events is to discuss it in light of the racial history in America, where we’ve progressed, and the challenges that remain. This is also a good time to familiarize our kids with the leadership challenges we face in government and public service.

c.   High School: Chances are teenagers have strong opinions regarding these events. Instead of getting into debates about right and wrong in the situation or taking sides, guide the conversation to how they can take a more active role in being a leader in their community and a voice against injustice and oppression locally.[i]

3.   Emphasize the value of sustaining relationships with others across racial, ethnic, cultural, and even political differences. We cannot ignore the deep pain, wounds and injustice the black community continues to experience here and now.

After Ferguson, my friend Chap Clark challenged his white friends in the church with a question I think we need to prayerfully consider, “what is holding us back from responding?”

Janee Woods provides some challenging ways we can become allies.

4.   Make Philippians 2:3 a family motto. If you’re a person of faith, have your children memorize this verse. Put it on a plaque in your house. Recite it every night with your kids before bed. Most importantly, live it.

Every conversation we have with our kids should be in the spirit of this verse:

“Do nothing from selfish ambition or conceit, but in humility count others more significant than yourselves.“

When
I lie at night and sing with my toddler son—

“Red and yellow, black and white, they are precious in his sight. Jesus loves the little children of the world.”

—I pray that he genuinely learns from the way I listen, discover, and stand as a voice against injustice, that all are created in the image of God.

But may he learn from me too, in taking a stand, how to discern the victims from the perpetrators in all situations, filtering his and others’ actions through the lens of Scripture.

In this way we can, as Dr. Martin Luther King, Jr. dreamed more than 50 years ago, raise our kids “in a nation where they will not be judged by the color of their skin, but by the content of their character.”

In this 5 minute episode, we talk about a surprisi