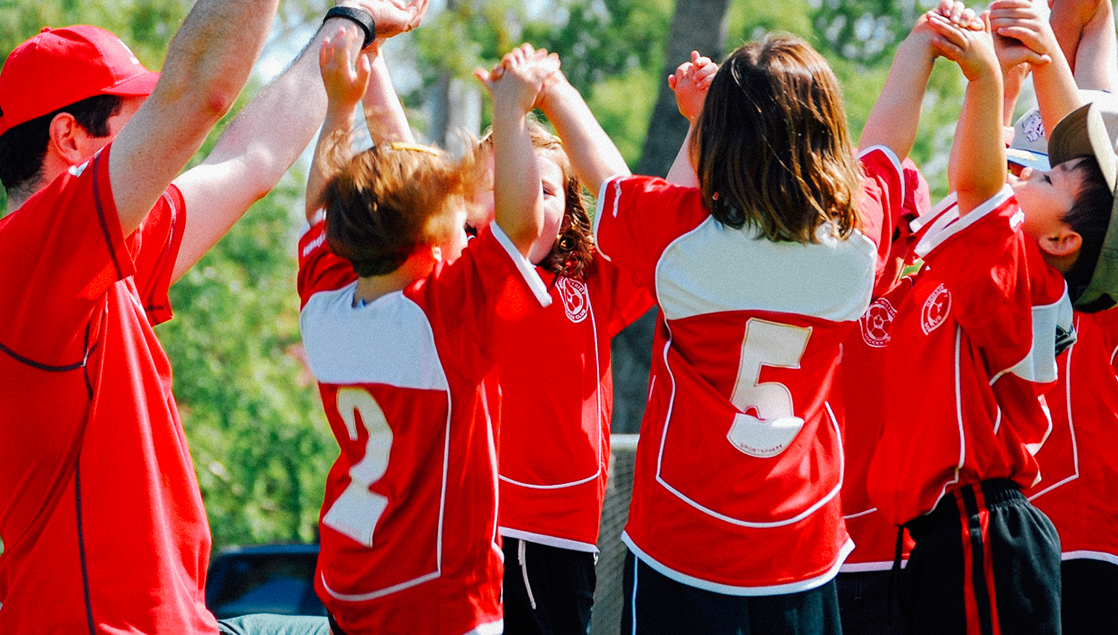 Have you ever had to perform under pressure? Maybe you were at the plate with a 3-2 count in the bottom of the last inning with a runner on third, down by a run. Perhaps you had a job interview. An audition. Or a critical deadline and no one to help watch the kids.

What happens physiologically when you’re under pressure? Your heart pounds faster. You begin to sweat. The fight or flight response kicks in.

Last Thursday morning, I was invited to speak to a group of men, leaders in my own new community, who gather together to support each other to be better husbands, dads—and better men—at work and in our communities. And I was asked to speak to them about—you guessed it—emotional safety.

Talking to women, especially moms, about emotional safety isn’t as complicated. But to a room packed with men? Even though I know the research behind emotional safety, I was afraid of being chewed up and spit out.

I had good reason. While writing my new book, Safe House, I had an NBA player tell me, “Josh, especially in the athletic world, coaches could care less about your feelings. Just suck it up and leave it all on the court.”

The meeting is held in a restaurant from 7-8 a.m. Being new to the area, I didn’t think about school traffic. What is normally a 20-minute drive, turned into an hour-and-20 minute commute. My body was feeling the pressure.

I picked up the phone and called the organizer of the event. I knew the guy fairly well and figured he would understand, but I wasn’t certain.

“Josh,” he said, “I usually don’t introduce the speaker until 7:25am. You have plenty of time.”

I walked through the doors of the restaurant at 7:35 a.m. and walked straight to the stage. I had 20 minutes to describe emotional safety to a room full of men.

Fortunately, God showed up to give me just the illustration I needed on my morning commute.

You see, everybody looks normal when things are going well; it’s not until we hit those anxiety-producing, stressful moments that our true styles of relating come out.

What if I had a parent who dismissed my feelings or perhaps punished me for them? When I picked up the phone to call the organizer of the event, what if the voice I was hearing on the other line wasn’t his, but one I heard replay in my head much of my life,

“Why didn’t you leave earlier?”

“Well, obviously it wasn’t early enough. I hope you learned your lesson.”

Instead of receiving grace from our parents, what if we always got a big dose of truth instead? As John Townsend writes, “truth without grace is received as condemnation.”[i]

I don’t know about you, but condemnation and shame do not produce optimal performance in what I do or how I treat others.

In fact, research shows kids who grow up in an emotionally safe environment where their feelings are respected and heard “handle stressful events with higher levels of psychological well being[ii]…and are more likely to maintain emotional and behavioral control in the face of adversity.” [iii]

Do your kids feel safe enough to cry with you without being ridiculed?

Is your spouse free enough to share hurts with you and feel heard without you becoming defensive?

Do your kids come to you or avoid you when they’re anxious?

Want to raise kids who perform well academically, relationally or athletically under stress? Want to see your spouse be the best at what he / she does?

It all begins by being the most emotionally safe person in the world for our kids and spouse.

Besides, there comes a point where it’s not talent that separates the good from the great, it’s the ability to perform under pressure.

[i] John Townsend, Leadership Beyond Reason: How Great Leaders Succeed by Harnessing the Power of Their Values, Feelings, and Intuition (Nashville: Thomas Nelson, 2009).

[ii] This is found in many studies. The seminal studies include M. Mikulincer, V. Florian, and A. Weller, “Attachment Styles, Coping Strategies, and Posttraumatic Psychological Distress: The Impact of the Gulf War in Israel,” Journal of Personality and Social Psychology 64 (1993): 817–826; Gurit E. Birnbaum, Idit Orr, Mario Mikulincer, and Victor Florian, “When Marriage Breaks Up: Does Attachment Style Contribute to Coping and Mental Health?” Journal of Social and Personal Relationships 14 (1997): 643–654.

« Super Exciting News!
An Open Letter to Dads: What Your Wife Really Needs »