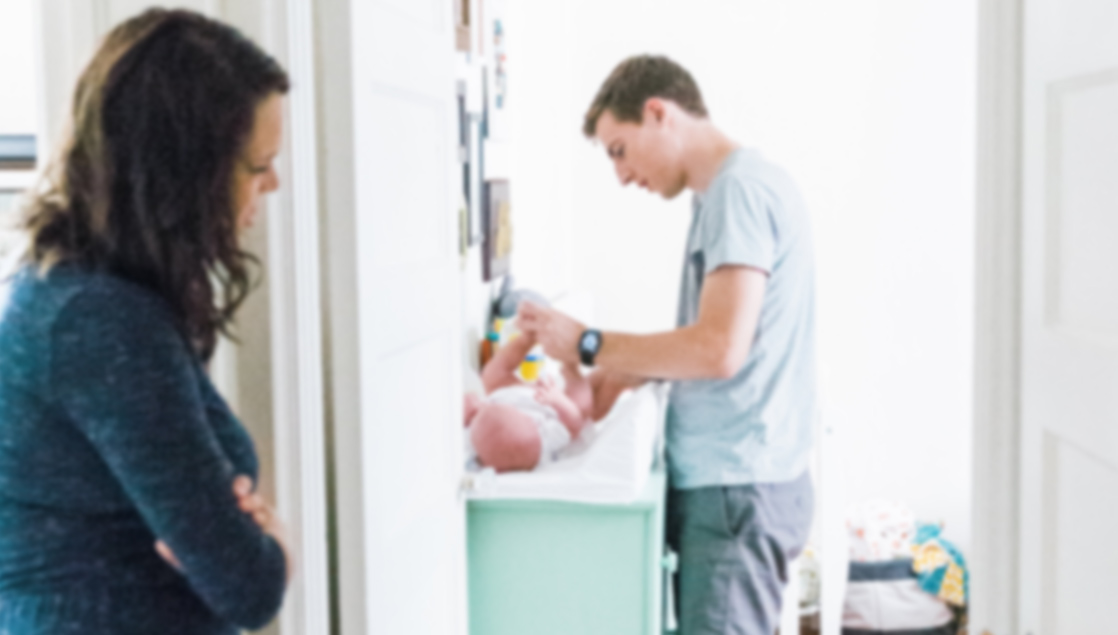 When Christi and I got married, one of my wedding vows to her was that I would fight for her, and not with her.

She played off our love for sports, vowing, “You are my teammate.”

We did pretty well with these vows for the first few years.

Then, we had kids.

Did you hear that? I just dropped more change into what I call our kid’s “thera-piggy” bank. We figure if we start the counseling fund now, that’s one less thing they need to blame us for later.

Truly though, our kids are not to blame for our own childish behaviors, particularly toward one another.

Forgetting and not living by our vows is not a kid issue, it’s a heart issue.

Based on the conversations from last week’s open letter to dads, it seems we’re not the only parents fighting with each other and, at times, sitting in two different locker rooms.

Because of the humble interactions, especially from wives, I decided to flip the conversation, and also write an open letter to moms this week about what we, as husbands, really need.

I remember recently walking through the door after a long day feeling like I was doing everything in my power to keep our family’s heads above water. I was ready to dive in and relieve Christi, play with the kids, and yes, even feed and bath them.  I know, pat on the back for me, right?

But it wasn’t a few moments later I went from feeling like I could conquer the world, to feeling like the biggest failure on the planet. Yes, as men, our feelings can fluctuate between those two extremes pretty rapidly, though we won’t tell you. Most likely, we’ll just withdraw.

Why? Because you’re the one person on the face of the planet that holds the most power in making us feel either extreme.

In Christi’s defense, she was beyond exhausted, and near burnout.

Christi needed help. But in fear of “burdening” me with what she was feeling, she kept going with no support or rest. Rather than talking to me about it, her tone of voice and body language became less subtle and more pronounced over time, to the point that when I came home that day, it felt like I was the problem.

When we make our spouse feel like they’re the problem, we’re no longer a team, just critical opponents.

The less supported you feel as a mom, the more likely you’ll criticize your husband. And when a man is criticized, it gives him little desire to pursue you—a vicious cycle that doesn’t need to happen.

I admit, rather than humbling myself and pursuing Christi in these moments, I was just as critical of her. She would ask, “Why are you so defensive?”

I think the answer to that question is what’s at the core of what we husbands really need—I didn’t feel like she was acknowledging how hard I was working to keep our family afloat.

Once our defenses were down, Christi, in a bit of resignation, said, “I notice how hard you’re trying to help, but I feel like a ship that’s sinking, and you’re doing everything you can to just patch one of the holes.”

Please don’t let your ship get to this point. Don’t rob your husband of his innate desire to protect you as your teammate. We need you to tell us when you need help. You won’t burden us. Quite the contrary, when you ask for help, you “notice” that we have what it takes to help you.

I saw Christi once again as my teammate. The moment I felt like she noticed me, even as measly as trying to patch that little hole, was the moment the floodwaters, and not she, became my opponent.

I didn’t even need her to believe that I could save the ship. If she at least notices me trying, that’s all I need to pursue her and offer her the support she needs.

Wives, we want more than anyone else on the planet for you to notice us.

One of the greatest dangers is when a man feels like his wife doesn’t notice him. The less you notice him, the more his work, or someone at work, will.

2. The more of a leader he is at work or in the community, the less likely he is to have trusted confidantes. Can he be himself with you? Can he be emotionally vulnerable with you? Can he cry with you? The greatest leaders have the ability to share their feelings. The more you take notice of what’s going on in his heart, the more authentic a life he can lead.

3. Sex is more than just a physical act for men. Generally speaking, sex is what helps men feel deeply connected with their wives. The trouble is, for many women, the deep connections are the precursor to sex. Be aware of the difference and have conversations about it. Sex should never feel like a burden. The more connected your hearts are, the more enjoyable and frequent it will be.

When your husband feels noticed, he will pursue and support you. When you feel pursued and supported, you will notice him more.

I don’t know about you, but that’s the marriage cycle I wish on my kids. Let’s show them how
it’s done.

« An Open Letter to Dads: What Your Wife Really Needs
Safe House Sneak Peek: Chapter One »