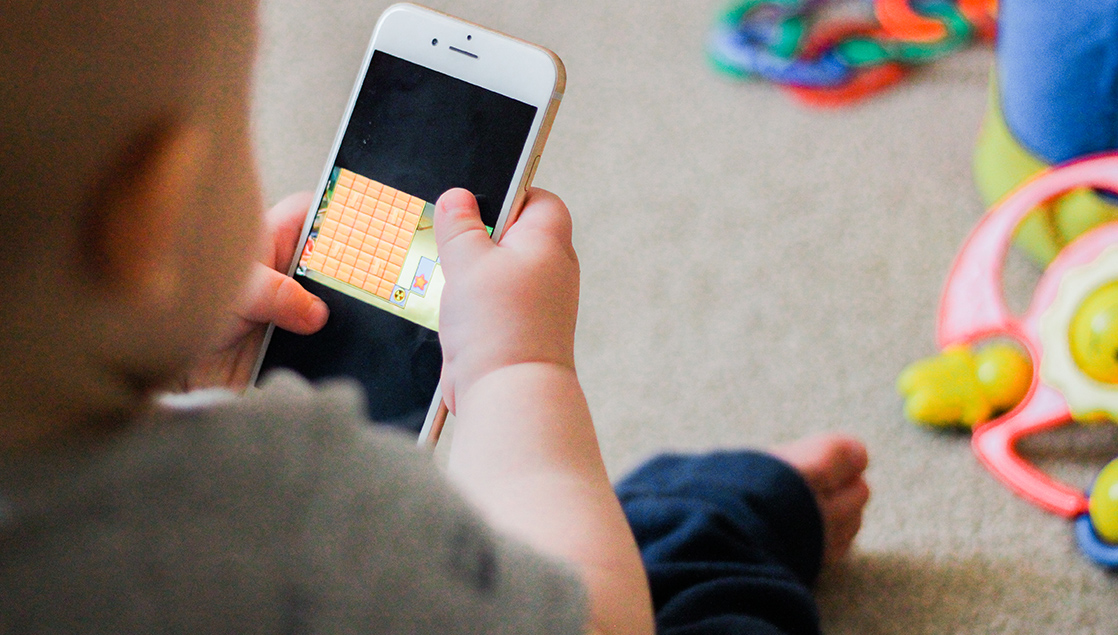 Have you ever tried to take an iPhone or iPad away from a toddler or young child?

How did that work out for ya?

I had a huge parenting win this morning. Rarely do I allow our nearly four-year-old son, Landon, on my iPhone. When I do, I’m watching it with him so that I know what he’s doing on it.

Since he’s been listening quite well lately (we’re starting to finally see light at the end of the terrible twos tunnel), I rewarded him with a few minutes on my iPhone prior to preschool to watch an interactive Berenstein Bears book. As the book was nearing an end, I warned him that he would need to soon turn the phone back over to me.

As soon as it ended, he willingly, without so much as a fuss, handed it over and said, “Thank you, daddy.”

Yes, I’m gloating. And you may be angry at me for gloating right now. But the very fact that we’re having to gloat over our children obeying ONE time for turning the phone over reveals a much deeper problem.

Remember, I said I “rarely” allow him to watch my phone. That’s because we learned early on that screens are like crack to a child’s brain.

Once they have a little, they need more.

Once they have more, they can’t get enough.

Once it’s not enough, the power struggle begins.

Since the power struggle is exhausting, it’s too easy to oblige.

But the consequences may be catching up with us.

Speaking across the United States and Canada, I’m encountering teachers and child educators in increasing numbers, voicing their concerns about the lack of preparedness and increased entitlement in children in the preschool years. Here are two of the most recent:

“In the past 2-3 years, I’m seeing increasingly more kindergartners coming into my classroom who lack the fine motor skills to hold a crayon or use a pair of scissors.”

“The lack of respect and increased entitlement among kids in the past 3-4 years makes me glad I’m retiring. I didn’t encounter these issues in previous decades. And it’s not just the kids. The parental disrespect toward the teacher is even worse.”

In a recent British study of more than 1,100 school leaders, nearly every leader (99.5%) said a proportion of their students are joining school below the level of school-readiness.

When asked the reasons they believe they are underprepared, the top three reasons were:

Educators blame the impact of technology for these results.

In the study, one primary school leader said: “…parents are more often to be seen on the phone than talking to their children.”

As a dad of a nearly two- and four-year-old, what I’m hearing from teachers and what I’m seeing in the research concerns me for the generation of children we’re raising.

I’m convicted because on busy days, I’m often tempted to use a screen as a digital babysitter, which makes me wonder—even with the best intent—if I’m at risk of becoming a digital “crack” dealer.

With school letting out and the summer months upon us, let’s take note this week of how much digital interaction our children are getting—not as a guilt trip, but as a reality check.

Over the next several weeks, I’ll provide some action items we’re going to be implementing in our home to serve our children—and their future teachers—well.

I’ll hope you’ll join us on the journey to setting a summer screen strategy for your kids.

You can sign up to receive our blog in your email weekly by clicking here.

« Why Families Should Live on Purpose, Not by Accident
Kids, Screens, and Summer: The 3 Decisions Parents Must Make »

One of the best ways to teach kids discipline is t

We all deal with worry at some point in our lives.

We hope you’ve been enjoying our “Best of” s

Teach your kids how to empathize with others throu

Yesterday’s acts at the Capitol building were re

Welcome back to our “Best of” series! Social