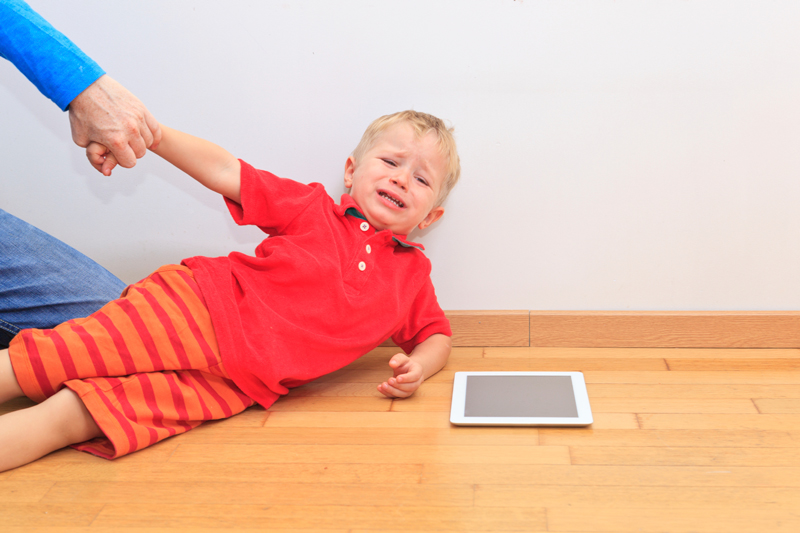 Living in Branson, MO had its perks. One of those was having a season pass to Silver Dollar City, an amusement park with great food and activities for the entire family.

I remember one time Christi and I were just entering the gate with our son when we passed a woman also pushing a stroller. Staring straight ahead in disgust, and with a screaming-at-the-top-of-his-lungs young boy out in front of her, she was on a mission to get that earsplitting child out the park as fast as she could. She looked miserable.

As we walked passed her, Christi and I kind of looked at each other, and without saying a word we both knew what the other was thinking, “Oh, how we understand.”

I wish now I would have praised that woman in the moment.

Two days later we were at church picking up our son from his class after service when a woman standing beside me cautiously looked over and said, “I’m the woman you saw the other day with the screaming child at the park.”

I began to chuckle.

After telling me the story of what happened leading to the meltdown, she said to me, “All I could think about as I passed you leaving that day was, ‘Joshua Straub, don’t you judge me!’”

We shared a good laugh about her thoughts in that moment and the mutual understanding of a common experience—temper tantrums.

Besides, who am I to judge?

Our children (generally, speaking) have very sweet spirits. More often than not, our son runs around the house yelling “Hap-Hap-Hap-Hap-Happyyyyy.” The more he winds up, the happier he is. Our daughter too will give her signature nose crinkle and proclaim, “Cited!” Her way of suggesting that she’s excited!

But they’re also toddlers. Who throw temper tantrums. And sometimes scream with a voice that makes me want to curl up and start sucking my thumb.

No wonder it’s so easy to give in to our kids. They can be little monsters.

I remember one specific occasion a few months back where I had to put Landon in a timeout. Why is it when a toddler knowingly looks you in the eye and disobeys (in this case throwing his leftovers from dinner all over the floor) they have to proceed to let out one of those wonderful, ear-piercing screams RIGHT IN YOUR FACE?!

Because he was defiant, he got the timeout. And wow, does he ever hate them. Most of the time all we need to do is threaten a timeout and he will immediately comply. But there are those moments when he is so overwhelmed and past the emotional threshold that he goes berserk.

And for whatever reason, these moments happen more often than not, in public, especially when he’s at the grocery store or library—with just Christi there.

But instead of feeling like a failure as a parent in these moments, let’s learn to embrace them–because you’re not the only one.

Here are two reasons I believe we should embrace temper tantrums in public.

1. Temper tantrums are opportunities to praise parents for doing a good job.

Moms, I know you can relate to Christi’s plight in the grocery store. And I’m not judging you. In fact, I want to praise you.

2. Temper tantrums are opportunities for parents to come together and support one another.

For the emotional sake of parents, and for the relational sake of a generation, let’s stop judging other parents when their kids throw a tantrum in the mall, on a plane, or in a department store. Instead, go offer a helping hand.

Help the woman on the plane with three kids. Put her groceries on the belt while she pays attention to her child. Buy her a gift card for a coffee. Do whatever seems right in the moment to help parents who need a helping hand. Start to publicly praise their efforts and reduce the shame they’re likely already feeling with a screaming child.

Besides, they’re investing a ton of energy in shaping the hearts of the next generation.

We cannot pretend that life is going to get back t