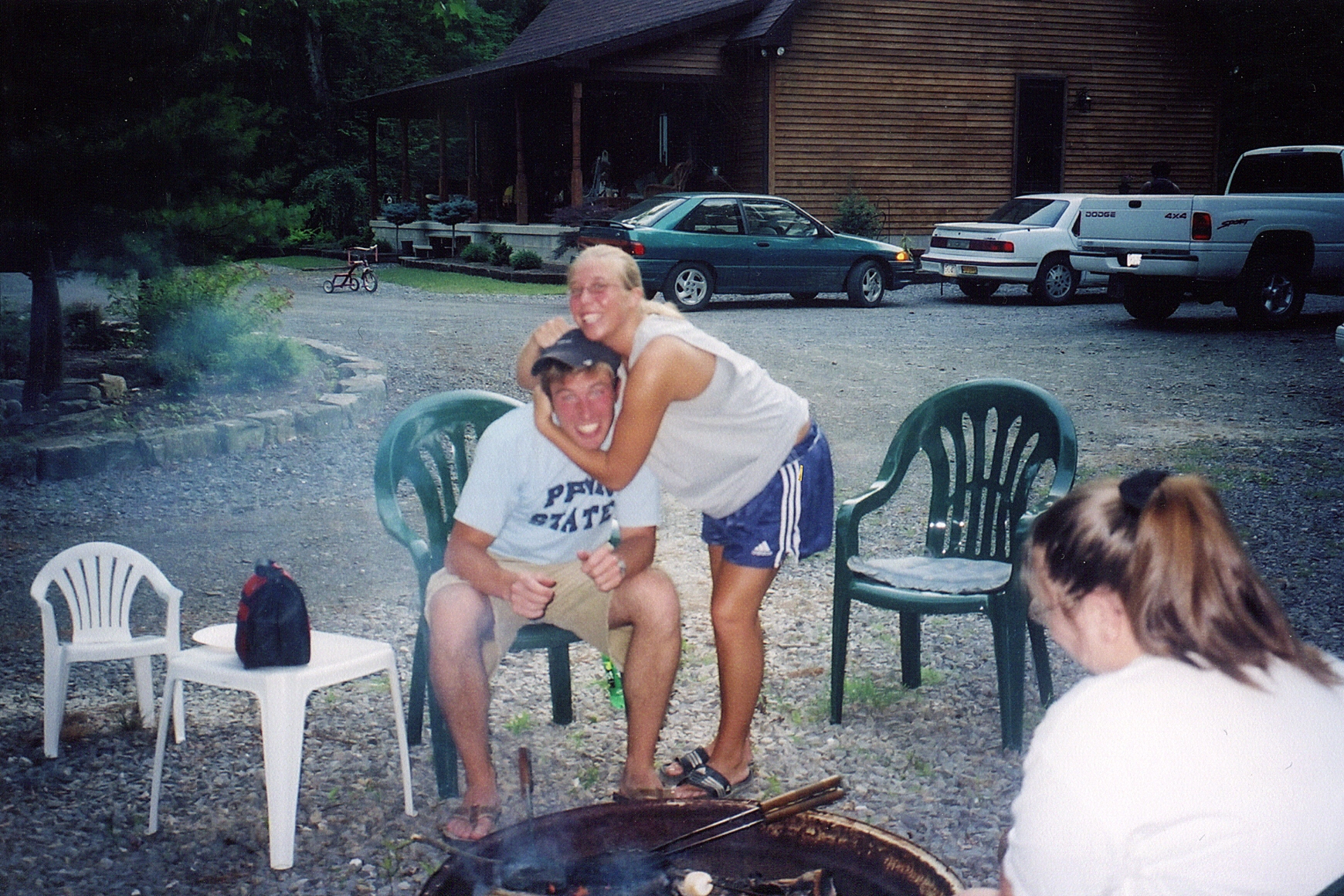 an interview with Dr. Joshua Straub written by Becky Sweat

How do you know whether you have it or not? How can you survive it?

Be honest. Do you ever tease your brother or sister? Do you ever feel envious of your siblings? Are you resentful when your sister gets a lot of attention from Mom and Dad? Does it seem like you and your brother are always trying to outdo each other?

If you answered “yes” to any of these questions, you’re involved with sibling rivalry, which entails brothers and sisters competing with one another, often for their parents’ attention, affection and approval. Most teens experience at least some sibling rivalry.

If it’s only a little friendly competition, that’s not necessarily a bad thing. Sometimes it can keep you working hard. For instance, your brother may have become really good at shooting hoops, which motivates you to brush up on your own basketball skills.

Sibling rivalry becomes a problem when the competition gets so intense that it leads to fighting or arguing between siblings, or when one sibling feels upstaged by the other and starts harboring resentment or hostility. They may even resort to taunting or playing cruel tricks on each other.

So what causes teens to view their siblings as rivals? Often it’s due to parental favoritism (perceived or real). “One sibling may think the other is getting more than his or her fair share of attention, privileges, space or other perceived limited resource,” says Charles Thompson, Ph.D., professor of counselor education and counseling psychology at the University of Tennessee.

Adds family counselor Joshua Straub, Ph.D., of Lynchburg, Virginia: “Parents may not even realize they’re doing it. But a lot of times their personality clicks better with one child than the other. So they give the favored child a lot of special treatment or are easier on that child in terms of punishment. There may already be some bad feelings between the siblings, but this favoritism just adds fuel to the fire.”

Two of the most well-known examples of parental favoritism leading to such rivalry are found in the Bible. The first is that of fraternal twin brothers Jacob and Esau. Their father, Isaac, enjoyed wild game and preferred Esau, who was a skillful hunter. Their mother, Rebekah, loved Jacob more because he was a homebody, staying among the tents. When Rebekah learned that Isaac was going to bestow his blessing on Esau, she tricked Isaac into giving it to Jacob. When Esau heard what happened, he wanted to kill Jacob, who fled to safety.

When Jacob became a father, he repeated the mistake his parents made. He openly showed favoritism to Joseph, his 11th son but the firstborn of Rachel, his favorite wife. When Jacob gave Joseph a special gift—a brightly colored coat—his brothers resented their father’s partiality and consequently hated Joseph. It was not long before the brothers threw him into a pit and, dissuaded from killing him by one of the brothers, sold him into slavery.

Of course, parents showing favoritism is not the only contributor to sibling rivalry. Contention is particularly intense when children are within three years’ age of one another and of the same gender, according to Straub. Moreover, if the parents are stressed or if the home life isn’t stable, the kids pick up on that anxiety, making them more agitated with each other. Also, if there’s an increase in conflict between a child and his father, that child will be more quarrelsome with his siblings.

With teens, there are common factors at work. “The teenage years are a time of identity formation,” Straub says. “Teenagers are constantly asking the question: ‘How am I doing?’ They want to know that they’re doing well, and that they have the approval of their parents. They’re also trying to differentiate themselves from their family and find their own identity.” Through it all, he says, teens compete with and compare themselves to their siblings because “they’re trying to find their own place in the world.”

A playful rivalry and some lighthearted ribbing with your siblings is one thing. But if you’re always embroiled in heated conflicts with your brother or sister, that’s something that needs to be dealt with—before a permanent rift develops between the two of you. Try taking the following steps:

• Pray about the situation.

Pray for your brothers and sisters and for your relationship with them. Ask God to help you see your part in all this, to see if there’s any way you’re interacting with them that you shouldn’t be. Ask Him to give you the power to overcome this problem. He will.

Look at the situation from your sibling’s point of view. That helped 19-year-old Brianna. “I was upset when I found my parents were giving my sister $50 gas money every weekend when she comes home from college,” she admits. “They don’t give me gas money. But then I started thinking, I live at home and I have a job. My sister doesn’t work, and she has a lot of college bills. My parents are just giving her money so she can afford to drive home on the weekends and visit us.” When you objectively look at the facts, you may realize there’s no favoritism going on at all.

This may seem like just the opposite of what you want to do, but try to encourage your brothers and sisters to do their best and build them up. Congratulate them on their achievements and share their happiness. Sincerely compliment them. Take a genuine interest in their lives. If your sister is working on a school project, ask her to tell you about it. If your brother is on the school swim team, go to some of his meets. If this seems hard to do, ask God to help you. If you’re sincerely cheering on your siblings, most likely they’ll reciprocate.

You may look at your brother’s abilities and think to yourself, “He’s better than I am at everything!” But realize he may be thinking the same about you. Everyone has talents, and no one will succeed in everything all through life. Let your siblings shine in their own areas of strength. Rather than wish you had the same strengths and abilities as your brother or sister, look for your own talents and work on developing those. Focus on achieving your own personal best rather than competing with your sibling.

Ask your sibling to take part in some kind of fun, noncompetitive activity with you. Go to a movie or take a walk together. Spend several hours at the park or pool. Treat your sister or brother to pizza. Give yourselves a chance to do something enjoyable and positive with each other so you’re not always getting on each other’s nerves.

• Talk to your parents.

If you feel like you’re being ignored at home or that your brother or sister is always in the spotlight, share your concerns with your parents. They may not even realize how they are coming across. But don’t attack your parents or accuse them of “playing favorites.” Just tell them how you’ve been feeling. Together you can figure out ways to remedy the situation.

• Look at the long term.

Realize that no matter how frustrating your siblings might be right now, it doesn’t always have to be that way. “Many adults who are close to their brothers and sisters will tell you they didn’t get along with each other growing up,” Thompson says. He says a lot of times, as people approach adulthood, they start realizing how much they need their siblings and work harder at these relationships. The sooner you start doing this, the better.

Chances are, your siblings will be the ones you turn to for support and encouragement in your adult years. The Bible tells us that “a brother is born to share troubles” (Proverbs 17:17, Revised English Bible).

Unlike friends who come and go throughout your life, your siblings are always going to be your siblings. “They’re the onl
y people who know what your family was really like and have that history to share with you,” Straub says. “There is a bond with your sibling that is different from any other.”

Sure, your siblings might be irritating to you right now, but don’t give up on them. Remember the big picture. You’re family, and over the long haul you’re going to need each other. So try to keep a sense of humor, a positive mind-set and apply some of the tips in this article. If you do, things are bound to get better.

A new look for the @famousathome podcast! . 📷: