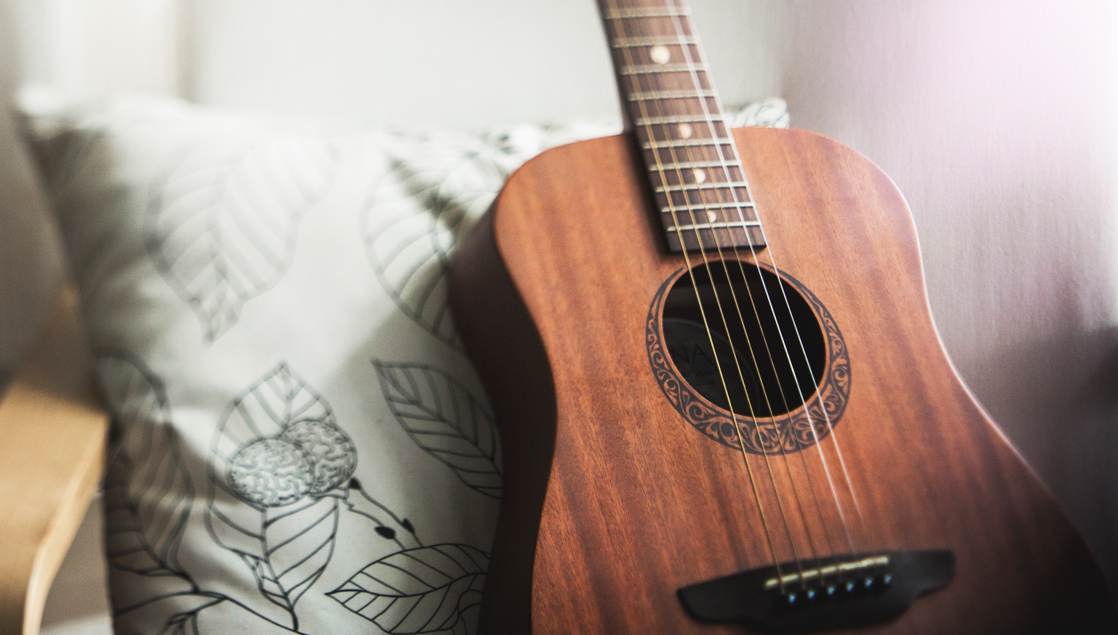 Love him or hate him, there’s no denying Johnny Cash lived with passion. Though his journey was packed full of arrests, affairs, and addiction, he battled through it all to become one of America’s most legendary and iconic singers of all time. In the award-winning movie about him, Walk the Line, there is an interesting scene that brings to light what it means to live (and sing) from the heart. With meaning. Purpose. And passion.

Having scored an audition with record producer Sam Phillips, Johnny Cash and his band chose to sing a gospel tune originally sung by Jimmy Davis—Were you there when Jesus saved me…saved my soul…the moment He forgave me…made me whole…

No more than a few verses into the song, Phillips stopped Cash and asked if he had something else to sing. Cash was offended.

He asked Phillips, “Is it the song or the way I sang it?”

Cash, noticeably irritated all the more, piped back, “What’s wrong with the way I sing it?”

Phillips replied, “I don’t believe you.”

Though Johnny Cash sang a song of belief in God, that he had peace within, and that God had saved him, Phillips called him out on the table, identifying that what he sang and what he felt were diametrically opposed. Most of you reading this article believe God exists, and many of your clients would likely make the same claim, but would the producer believe that what you’re singing is real? When a client sits across from you and proclaims to believe in God, do you believe that their belief in God really does influence their everyday life? Or is God essentially dead to most people you come in contact with?

A sneak peek into America’s religious and personal beliefs about God reveals a telling story. Take for instance the recent issue of Newsweek magazine that released Easter weekend, donning a cover with the words The Decline and Fall of Christian America written in the form of a cross. A growing dissatisfaction with religion seems to exist, as only about half of Americans now view religion as being “very important,” while nearly three-fourths of our nation sees religion as a waning influence in American culture. In fact, 3 out of 10 Americans view religion as “old-fashioned and out of date,” and that number appears to be growing.i The American Church, herself, is also struggling with only 4 out of 10 Americans regularly attending a church or synagogue.ii

America, it seems, is tired of religion. Yet despite losing faith in religion, the majority of Americans still believe in a higher Being. A recent Newsweek poll found that 91 percent of American adults claim a belief in “God”,iii while Time magazine reported that 85 percent identify themselves as Christian.iv Gallup’s latest poll reports that 73 percent of “are convinced that God exists.” Only 3 percent identify themselves as atheists. And for the remaining 24 percent, the jury is still out.v

While abstract theology, wooden benches, and dusty hymnbooks may be out, the question is, “What is in? (Or, shall we say, who?)” That’s pretty easy. When 9 out of 10 state a belief in God, obviously, God is not dead. While today’s culture is far less religiously oriented, America cannot quite shake free of the idea of God.

God …As an Attachment Figure

What does it mean to believe in God? Going to church on Sunday morning? Singing about Jesus? Wearing a cross around your neck? Praying every now and again? Reading the Bible? Does it mean that we merely believe He exists? Or does believing in God mean that our faith affects the way we live every day? Like living with peace inside. Having the joy of salvation in our hearts. Trusting Him for our everyday life. Believing that He protects, guides, and loves us. Attachment research may provide answers.

Theologian Gordon Kaufman was the first to connect Bowlby’s attachment theory with one’s idea of God. He stated, “The idea of God is the idea of an absolutely adequate attachment-figure…God is thought of as a protective parent who is always reliable and always available to its children when they are in need.”vi Bowlby’s notion that the need for a secure and responsible caregiver remains into adulthood leaves open the conceptualization of God as an adequate attachment figure. But individual differences in the idea and belief of who God is, play a telling role in how well one relates to Him in everyday life.

How a counselor views God also directly influences the counseling process. Seeking proximity, safe haven, a secure base, and anxiety over loss or separation can be the difference between cognitively believing in God, as most Americans do, and emotionally connecting, trusting, and walking with Him every day.

Proximity Seeking and God as a Safe Haven

Research supporting the claim that people seek God as a safe haven during times of stress is the most researched area of attachment theory in the context of religion.x Kirkpatrick suggests that in times of distress persons of faith seek proximity to God in ways similar to that of an infant who seeks closeness to the caregiver. Even Bowlby postulated that, “Whether a child or adult is in a state of security, anxiety, or distress is determined in large part by the accessibility and responsiveness of his principal attachment figure”xi. In regard to Christianity, the imagery and language used is extremely representative of attachment relationships. Coping with stress and troubling times in life is much easier when Christians speak of Jesus being “by one’s side,” “holding one’s hand,” or “holding one in His arms”xii. Other research supports the safe haven function God plays in the life of a believer. For instance, in times of emotional distress, it has been found that people turn to prayer rather than the church, grieving persons tend to increase their faith and religious devotion during times of loss even though their fundamental beliefs do not change, and soldiers pray more frequently in combat. Times of death and divorce, fears associated with serious illness, emotional crises, relationship problems, and other negative events have also been found as stressful activators that send one to seek God as a safe haven. These findings reveal that one’s perceived relationship with God is similar in its function to the necessities offered by attachment relationships…and that one’s idea of God can ultimately determine how safe God is in a believer’s life.xiii

God as a Secure Base

With the convincing theory and evidence portraying religion as a haven of safety and emotional comfort, a core aspect of attachment theory most appealing to the study of religion is that of the “secure base.” Though there is little research on how God fills the secure base function, it has been found that those who believe they have a relationship with a stronger, wiser nonphysical deity report higher levels of global happinessxiv. When individuals feel safe they experience positive emotions such as joy, gratitude, and contentment. Such feelings allow people to explore the self and the world around them, they become more creative, engage in increased times of recreation, and are more likely to serve others or repay kindnessxv. Secure attachment to God provides contentment in the here and now and assurance in future challengesxvi.

Feeling of Loss or Perceived Abandonment by God

Finally, feelings of loss or perceived abandonment by God often elicit feelings of grief and anxiety of the person of faith which meet the final two criteria of an attachment bond. This is difficult to determine, however, because in most cases, separation from God is usually by choice. One stops believing God existsxvii. Doubts about whether God exists in reality can produce anxiety, especially among a person who comes from a religious upbringing.xviii Research shows that college students who are going through the life transition of moving away from home have a positive correlation between levels of stress, daily hassles, depression, and the amount of the doubt they have about God. There are other reported instances where a person of faith felt abandoned by God, and the feelings are most often overwhelming, especially if the perceived abandonment came at a time of particular need.xix

For the counselor to assess a client’s belief about who God is and how they relate to Him, theAttachment to God Inventory (AGI) was created. This tool can aid researchers and clinicians in understanding how persons of faith experience God from an attachment perspective.xx Subscales on the AGI reflect two dimensions: Anxiety about Abandonment and Avoidance of Intimacy. Individuals scoring high on the Anxiety about Abandonment subscale of the AGI report, at times, jealousy, preoccupation and worry, angry protest and resentment, concerns whether they are lovable, and fears of potential abandonment in their love relationship with God. Those who score high on the Avoidance of Intimacy subscale of the AGI report a different experience in their love relationship with God—an experience characterized by a reluctance to communicate, avoidance of emotionality, and neurotic self-dependence. In contrast, those scoring low on the AGI subscales report a secure relationship with God and are generally free from anxiety and worry.

Later in the conversation, producer Sam Phillips looked at Cash and said, “If you were dying, you’re telling me you would sing that song…about your peace within…or would you sing something different…something real…something you felt?”

Our prayer is that as you work with clients, you can help them journey with God, find Him as a safe haven, a secure base, and in times of stress, turn to Him and trust Him for their everyday life. Why? Because He changes everything.

v GALLUP. (2006). Who Believes in God and Who Doesn’t? Retrieved from www.gallup.com

xx Beck, R. & McDonald, A. (2004). Attachment to God: The attachment to God inventory, tests of working model correspondence, and an exploration of faith group differences. Journal of Psychology and Theology, 32, 92-103.