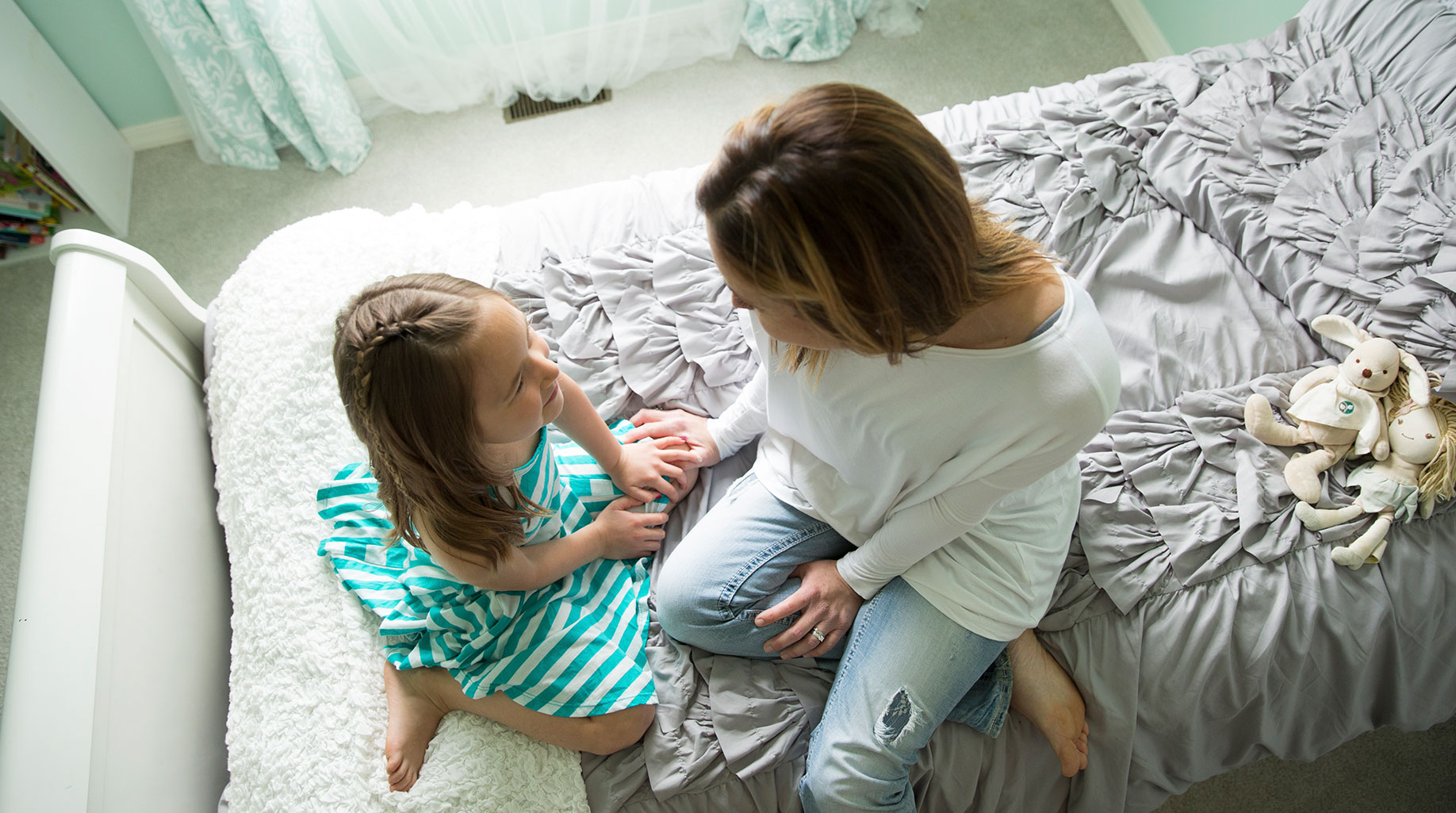 We had a faulty smoke detector last week in our house. My refusal to spend more money on a new detector was the only thing that kept me from taking a sledgehammer to it. After changing out the batteries twice, I finally reset it—only to discover after loud chirping twelve hours later (at 6AM) it was an entirely different detector that needed to be reset.

The chirping went on for days. One evening, as I tried to fix it, I thought it would be a good idea to tell our four-year-old son, Landon, and two-year-old daughter, Kennedy, what it meant if that beeping sound ever went off.

“When you hear this alarm,” I told them, “it means we have to get out of the house.”

“But why, Daddy?” asked our son, with a look of panic on his face.

The system chirped again. Landon welled up with tears. “Daddy, we have to get out,” he said, visibly scared.

Kennedy started to cry too.

With an annoying smoke detector going off and two crying kids, I began to wish I had told them it was the ice cream truck outside. There’s nothing a good ice cream sandwich won’t fix.

Now, every time they hear a beeping sound, they talk about it—because surely the battery in the toaster oven, doorbell, or construction truck going backward is about to die. I’m just happy they’re learning to talk about it.

Here are three ways we can help our kids when they feel anxious.

Putting language to what we feel is like emotional brain surgery. Simply allowing our kids to voice what they fear reduces anxiety. That’s because when their feeling neurons connect with language neurons in their brain, it helps them begin to make sense of their experience.

The other night I opened the windows in our kids’ playroom upstairs. Landon, Kennedy and I stood looking out the window at a neighbor’s cat and a rabbit nearby. Landon started to push his head against the screen. I told him not to push the screen because he could break it.

A few seconds later he asked me to read the sticker on the screen. Not knowing what it said, I just read it aloud. “Warning: Screen will not stop child from falling out window. Keep child away from open window.”

Yeah. And this happened the night after the beeping sound. Talk about overwhelming your already anxious child. Not much was said after that. Landon just slowly moved away from the window and played with his trains.

Groggily, I stood up, walked him back to his bed and lay down with him. “We shouldn’t push on the screen,” I answered.

Knowing he was worried, I figured I would go sleep in his bed with him. Not more than five minutes later Kennedy woke up. As I went to put her back to bed, Landon welled up with tears. “Daddy, will you come back?”

This was out of the norm. So much that Christi, who was awake by now as well, heard Landon crying. She walked over to his room and lay down with him. “Buddy, what’s wrong, she asked?”

Christi, in a calm voice, simply asked, “What questions do you have?”

Lord bless her, she lay with him for the next 30 minutes just talking. Landon asked questions; Christi answered them. Landon talked about his fears; Christi put them into perspective.

When Christi came back to bed she said, “He’s learning about the dangers of the world, but doesn’t know how to process them.”

Her calm voice and listening ear in the middle of the night was gold for our son’s brain. I was ready to settle for the bronze and just lie down and go back to sleep beside him.

Especially for children up until the age of 7, fantasy play is critical for calming their fears. Play is about power and powerlessness.

When Christi and I came home from a date night at 9:30PM, Landon had waited up in his bed until we got home. He was so excited as I entered his room. Standing on his bed, arms spread wide, he said, “Daddy, you’re home!”

The next day I was playing with Landon and Kennedy. We built a fort. With Kennedy and I inside, Landon declared, “You guys lay down and pretend I just got home from work. When I come home, stand up and say, ‘Landon, you’re home!’”

Children use play to make sense of their feelings. Taking 20 minutes a day to enter into their world and allow them to dictate the play has powerful implications on emotional intelligence and self-competence later in life.

If we’re anxious, our kids don’t know if they can be safe. Anxiety has a trickle down effect on kids. In fact, one research study shows that—only behind love and affection—that a parent’s ability to manage their own stress is the second best parenting strategy for getting the outcomes we desire most in our kids.

Be realistic about the reaction you give and the real danger of the situation. A skinned knee isn’t a disaster; it’s a mark of your kids having fun.

This month we’re launching TwentyTwoSix parenting, an online community for parents to disciple their kids based on Proverbs 22:6. Each month, we focus on a mile marker, to lead our kids in the way they should go. July’s mile marker provides content and coaching on this topic: Fear Not: Building Confidence in our Kids. For more information, along with a FREE video series on the Three Most Important Lessons We Can Teach our Kids, sign up at www.226parenting.com.

« #14: How to Speak to Your Kids and Win Their Heart
#15: Raising Kids Who Love God + Serve Others: An Introduction to TwentyTwoSix »

I spent some time listening, reading, and praying