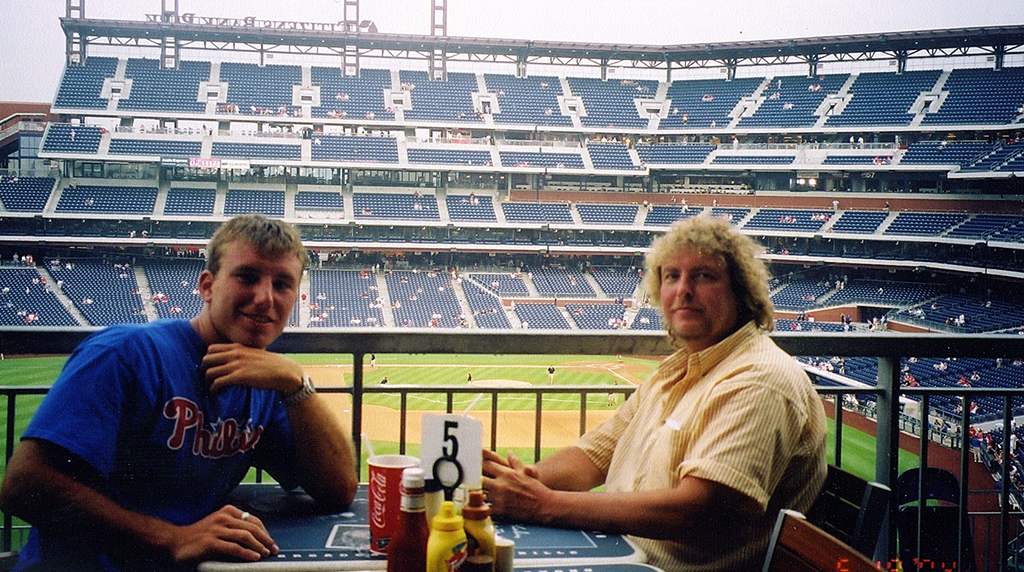 On Christmas morning, this past year, I opened a box. In that box were two tickets to a Phillies game in Philadelphia. Check the standings and you’ll see why those tickets are likely worth very little to anyone else.

But for me, those tickets are priceless.

In 2003, my Dad and I began what became an annual tradition—a Phillies baseball game for Father’s Day. No matter where my job or life took me in the years that followed, we always made it to our Phillies game. 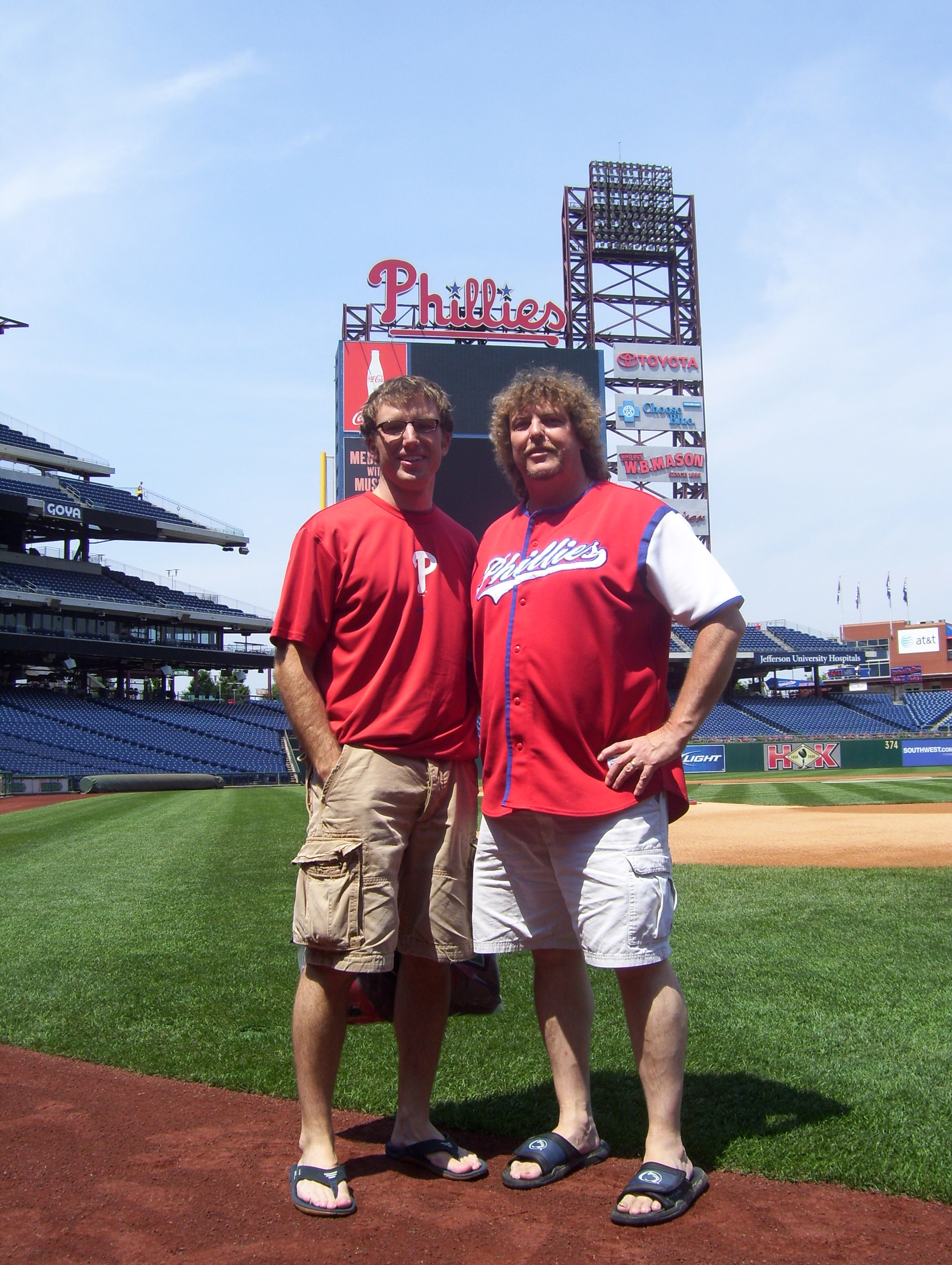 I’m not sure such a tradition would have begun if not for my Dad being diagnosed with congestive heart failure in 1993. A very confusing illness for a 13-year-old boy to comprehend.

Ten years later, at his yearly checkup, I remember Dr. Boehmer, his cardiologist at Penn State Hershey Medical Center, telling him he could write a book. His heart wasn’t supposed to have made it so well for as long as it had.

Having moved away for graduate school the year before in 2002, ironically, congestive heart failure became a gift. Though none of us knows when we’ll take our last breath, I knew Dad was on a timeline. Dr. Boehmer’s statement was all I needed. From that moment on, we were going to have father/son time doing what we loved most, watching the Phillies together.

I have many mementos from those games—batting practice balls, pictures in the dugout with Dad, ticket stubs, and a signed baseball bat from “The Bull,” Greg Luzinski. I kept mementos of our games because, well, I just never knew when the last game would be.

It was October 22nd, 2016. Christi, my wife, was out of town visiting her grandparents in Canada. That meant just the kids—Landon, 4 and Kennedy, 2— and me for the weekend.

We spent the day at a local pumpkin patch. Going down slides. Trekking through a corn maze. Riding on a wagon through the woods. And of course, texting pictures to my Dad.

Weekends in the fall remind me of him. Playing football together in the backyard. Going to Penn State football games. Tailgating with apples and caramel dip outside Beaver Stadium.

Not surprisingly, I dressed our family in Penn State blue and white for the pumpkin patch. That evening, Ohio State would be entering Beaver Stadium in what’s become known as a “white out.” Once the kids were down, Dad and I would be watching the game together through text and phone calls.

However, on this particular day, his phone call came earlier than expected.

“Josh,” he said, “I’m not feeling well and the numbers on my heart pump are high. Deb (my stepmom) is taking me to Hershey [Medical Center].” 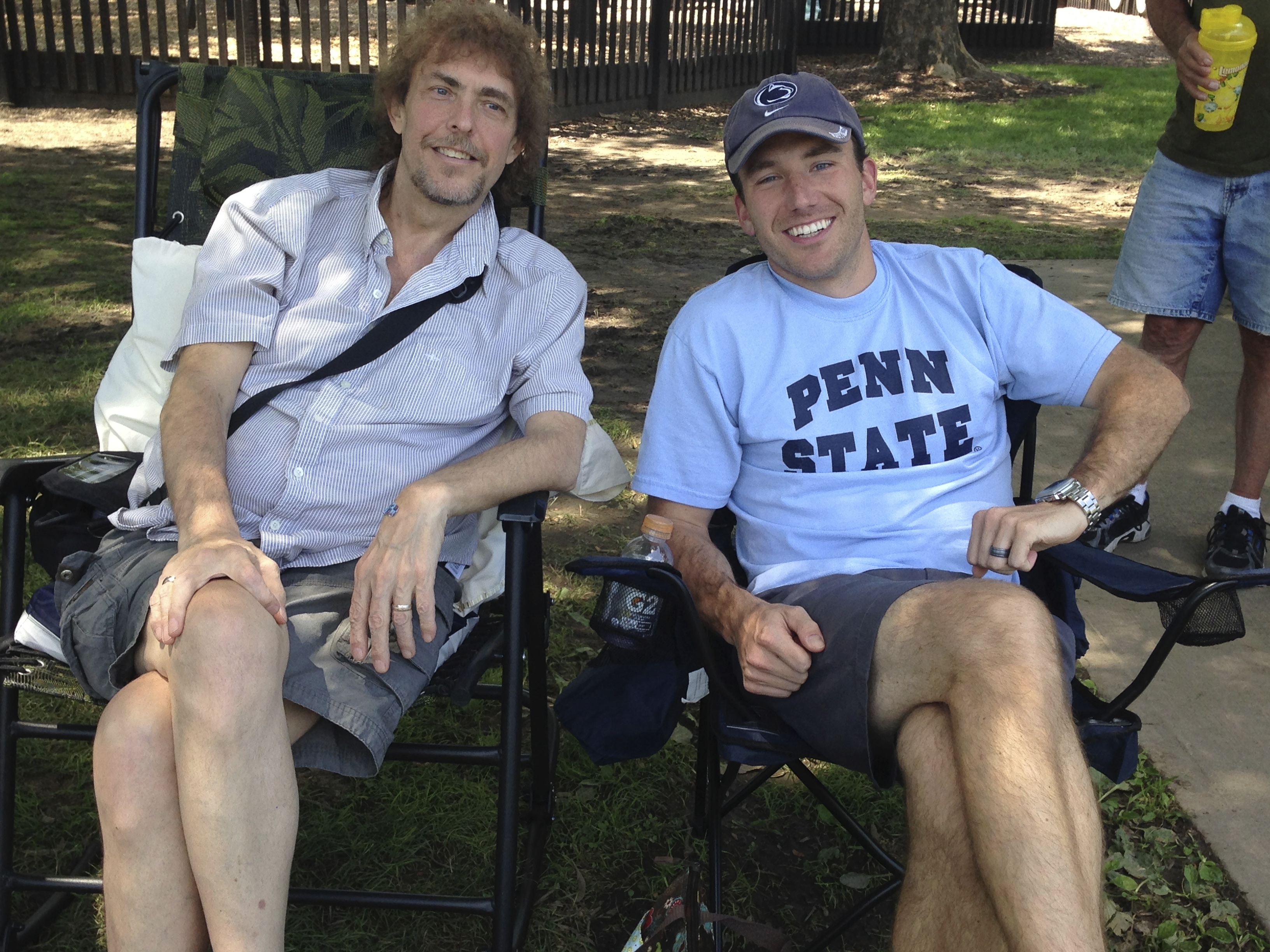 Dad had been in and out of the hospital every so often since receiving three heart pumps in a six-month span beginning in September 2014. Blood clots going through the pump were the usual culprit—and the reason he had so many heart pumps replaced in such a short time.

But this last heart pump seemed to chew up and spit out blood clots like a ball player with sunflower seeds. Unfortunately, it seemed to make these hospital visits for a blood clot in his pump eerily routine.

After a number of text messages letting me know he was in the emergency room, I received this text at 8:17 PM EST, shortly after kickoff.

“My MAP came down to 93 but I’m just laying here. They are going to keep me. Still did not see Boehmer but the doctor in the ER said they are keeping me.”

That text was followed up by this one:

“What is the score, I have no TV in this room.”

You mean to tell me he’s at Penn State Hershey Medical Center and he can’t watch the Penn State game?

During the next two hours I kept Dad updated on the first three quarters.

Then, he sent me this:

Dad was in the hospital for what we thought might be a blood clot in his heart pump. I know it sounds serious, because it is. But this was the man whose cardiologist told him he could write a book at the ten-year mark.

Now, 23 years after his initial diagnosis, Ironman—as we affectionately called him—lay in the hospital, yet again.

Maybe I was just in denial, but I don’t think so. I think I genuinely came to believe he was going make it through anything. Dad’s will to live was unmatched.

With little warning, that would be the last text message I received from my Dad.

One of the mementos in my office today is a picture of my Dad and I sitting at Harry the K’s restaurant, overlooking Citizen’s Bank Park. I remember that day very well. We always made the most of the time we had at the park. 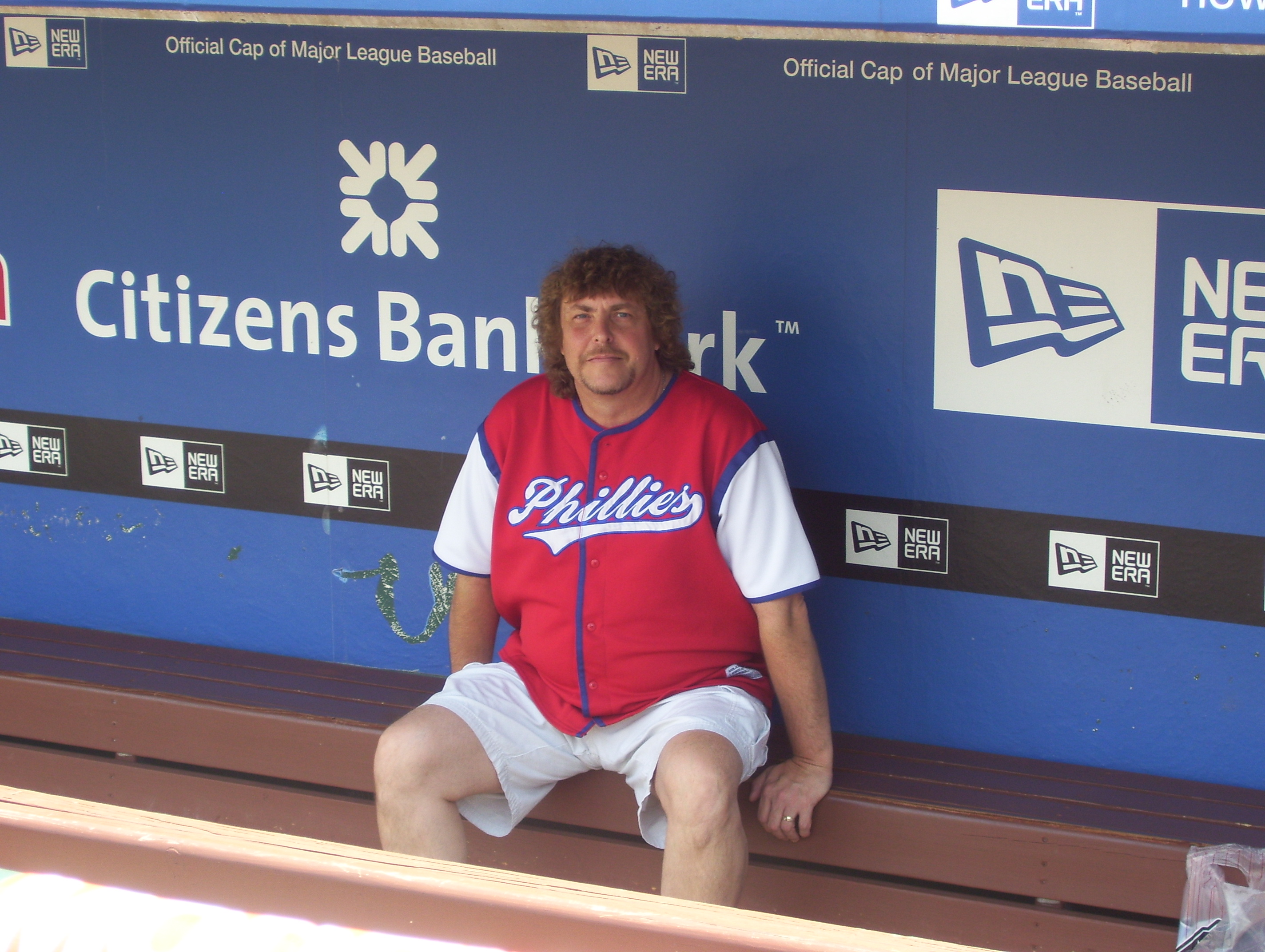 One time, we even attended a double header against the Tigers, deciding to stay for both games.

At another game, while watching batting practice from the outfield, it began a torrential downpour. We got soaked. But man, did we laugh. That was one of my favorite moments.

A few years prior to that game, we drove my grandma’s car the 2 ½ hour drive to Philadelphia. On the way there the car began to overheat. Every so often we had to pull off the highway to allow the engine to cool down. Though it took a little longer than usual, we weren’t missing our game.

The drive home that night was hot and loud. We kept the heat on high—and the windows down—to help keep the engine, and ourselves, from overheating until we got home. The laughter, and sweat, filled the car.

Come to think of it, I had more warning in my life than I realized.

Those mementos, beginning in 2003, were our gift—a prized reminder that life is short. A warning that we better make the most of it.

As it turns out, it was Dad’s will to live, not his heart pump, that made him Ironman. This heart pump was damaged. And Dad was just too weak to go through another heart pump surgery.

On November 5th, 2016, two weeks after entering the hospital, Dad walked into the arms of Jesus. Holding his hand while praying him into heaven is one of the most bittersweet moments of my life.

There’s not a day that goes by that I don’t think of Dad.

Sometimes I look at those mementos and I cry. I cry hard.

Other times I look at them and just laugh.

I’m a Christian and I believe with all of my heart that my Dad is in heaven. Holding a wooden cross on every hospital stay, he affectionately became known by doctors and nurses as the man who carried the cross.

And though I find solace in knowing that I will see Dad again one day, it in no way takes away the pain I experience as a son who misses his father.

This will be my first Father’s Day without him. And man, does it hurt. Death is brutal.

All of the downpours together.

All of times you sit along the road just waiting for the engine to cool down.

All of the apples and caramel dip while tailgating.

All of the pumpkin patches.

All of the times you want to pick up the phone and just talk.

Don’t miss out on the moments. We’re all on a timeline.

I hold two tickets to a Phillies game this Father’s Day weekend.

Would love to meet you! To register for these even