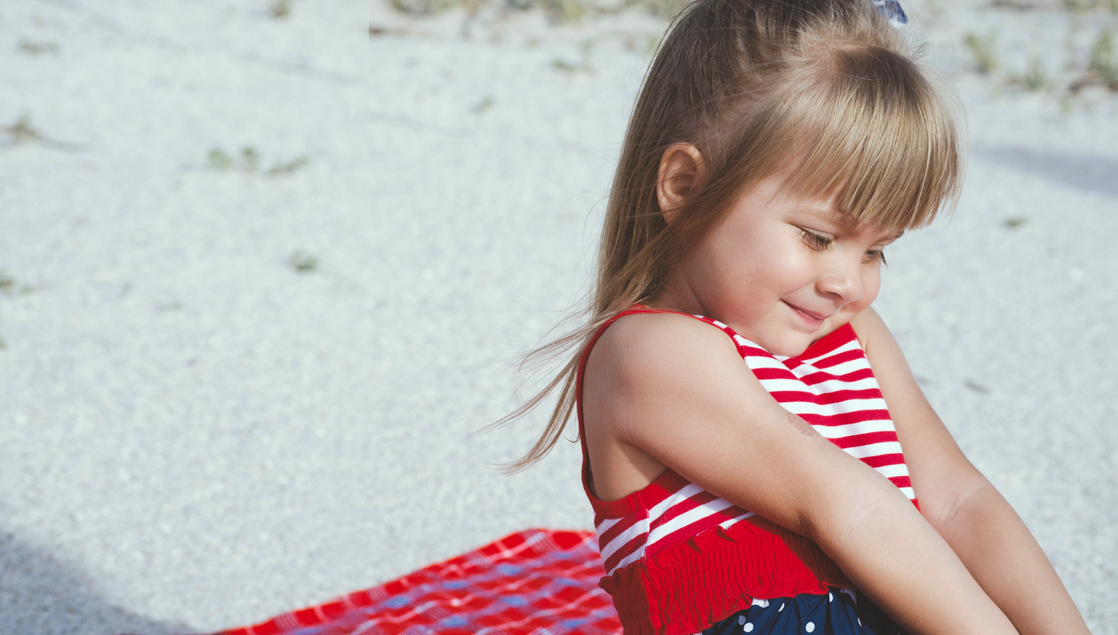 One of the most fundamental values parents teach their kids beginning in those chaotic, “Why-won’t-you-listen-to-me?” toddler years is “Don’t lie.”

Yet, I can’t keep my end of the bargain. Sometimes, I find myself lying to my kids.

Just last Saturday, I was playing with both of them outside in the sandbox. Our children will turn four and two later this summer, so our play right now primarily consists of pouring sand from one bucket to another.

The kids find the flowing sand fascinating. I do, too—for about 30 seconds.

As a task-oriented husband and father, I like to tackle my to-do list as early in the day as possible so I can spend time later with my family. Very noble of me, right? To be blunt, my mind doesn’t rest until the tasks are done. My personality is such—if I’m not careful—I prioritize projects over people.

After about five minutes of staring at flowing sand, my mind was racing—every one of those granules of sand a project on Christi’s honey-do list.

Since Landon and Kennedy were laughing together—and praise Jesus—getting along, it was time to make my move. With Christi nearby to keep an eye on them, I slowly got up to make my way toward the garage. But before I could even get one foot out of the sandbox, he caught me, “Daddy, where are you going?” my son asked.

“I just have something to do for mommy. I’ll be right back,” I said.

“But daddy, I want you to play with me.”

Let me just minimize how long I’ll actually be gone. Let me just lie a little.

My intentions of coming back to the sandbox are sincere. My desire to play with them is sincere. But my approach is sincerely wrong.

Our kids are not stupid. One day soon, they’ll catch on to such lies—and their trust in who we are as mom and dad, weighs in the balance.

“Hurry up, let’s go. I’m leaving without you,” I quip, trying to get out the door.

Way to go, Safe House dad. Play into their fear of being abandoned by lying to them that you’ll leave them behind—for the sake of conveniently getting out the door five minutes faster than you otherwise would have.

“I promise we’ll play trains tonight, right after we eat.”

Yeah, right. I know full well after we eat dinner, they’ll need baths. Then, the bedtime routine kicks in. Unless you know you will follow through, avoid the word “promise.”

“I know we didn’t get to play trains tonight, but we’ll do it tomorrow.”

Just don’t forget you said that to your son, who will wake up looking forward to nothing more than playing trains with you first thing in the morning.

“Come on, it’s time to go. We’ll come back again soon—(to the park, pool, Chick-Fil-A, or wherever your kids would rather be than going home).”

How about, “We’ll come back again sometime.”?

Whether we lie in the name of completing tasks—like I’m recovering from;

or in the name of protecting our kids—like convincing them we’re actually freeing their pet goldfish to swim from the toilet to the ocean to be with his friends;

or in the name of convenience—like manipulating them to brush their teeth or stay in bed;

or in the name of encouragement—like telling them how fast they can swim after coming in dead last;

To be fair, we don’t have to tell our kids everything. Nor should we. And there are times—which is wisdom on a parent’s part—we can choose softer, less “promising” words, and be telling the truth.

But if I have no intention of following through on what I tell them, that is a lie.

Besides, when I tell my kids we’re going to do something, rarely do they forget.

I want them to know I’m a man of my word.

If we want to raise honest kids, we need to be honest.

In the hourglass of my child’s life, the sand is flowing. The granules of sand—not projects—but minutes, days, months, years—just passing by.

Am I with them—or am I prioritizing other things?

« How To Talk To Your Kids About Screens—Where Everybody Wins
The Best Father’s Day Gift Idea Ever! »

In this 5 minute episode, we talk about a surprisi