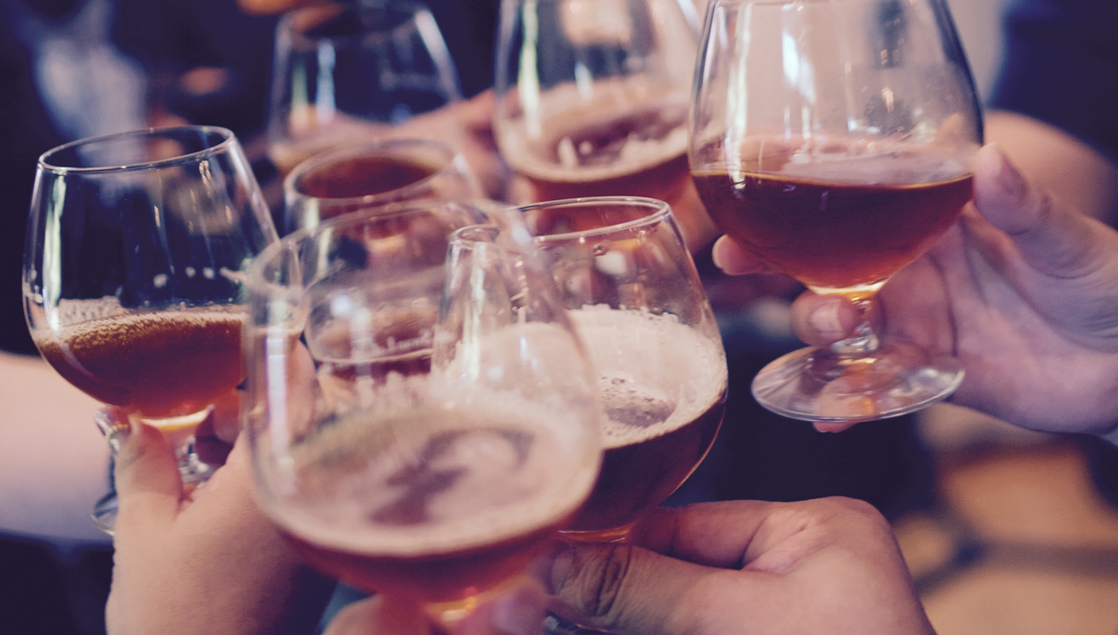 Having attended a state university for my undergraduate work, I (Josh) had the privilege of befriending an atheist who lived with me the last three years of college. With front row seats, watching his drunken oblivion throughout our college years worried me greatly. He nearly died on a number of occasions and had numerous run-ins with “Johnny Law.”

However, the discrepancy in our lifestyles didn’t hinder the close friendship we shared. Many nights were spent around the dorm talking about sports, relationships, and even debating the existence and character of God. In the midst of those discussions he confessed his rationale behind the constant alcohol use, “If there is no God, then we are here on earth to live it up. When we die, we die…that’s it.” He warned me that I would lose in the end because I did not take my chance to have fun—as he defined it.

Binge drinking, defined as consuming 5 or more drinks on one occasion, is a lifestyle permeating college, and even high school, campuses across America. About one-fifth to one-third of children (depending on state) aged 12-20 report binge drinking at least one day in the past month. That’s approximately 7.2 million persons under the legal drinking age, over 5 million of which are still in high school. In fact, kids usually begin drinking regularly at age 15.

Students are drinking too much, too young. It is epidemic. Though some of the statistics below show strong relationships between alcohol consumption and other problems—e.g., persons who drink are x-times more likely to become pregnant outside of marriage—this does not mean alcohol causes pregnancy. The issues involve a complicated set of social and economic, family, genetic, spiritual, and other issues. But drinking is a significant part of the big picture. Consider the following…

Alcohol plays the most important role in all three leading causes of death for adolescents—automobile accidents, homicides and suicides.

The spread of sexually transmitted diseases and many cases of teenage pregnancy are related to adolescent alcohol use. For instance, teenagers who drink are seven times more likely to be sexually active and two times as likely to have four or more sexual partners compared to those who do not drink.

Sarah Longwell, who speaks to students across the country said, “Drinking is probably the paramount reason that there seems to be a different sexual ethos [among students].” Many students admit that the only reason they engaged in sexual acts is because they were drinking. This sexual ethos is not limited to secular schools. Dr. Joe McIlhaney of Austin’s Medical Institute for Sexual Health asserts, “The Christian church isn’t taking this seriously. Indeed, the rates of promiscuity among Christian young people are almost as high as those among youthful non-believers.”

When compared to those who do not drink before age 21, those who drink prior to age 15 are four times more likely to become alcoholics. In fact, adolescent drinking is the top predictor of future alcoholism.

The director of Harvard’s School of Public Health writes that over 70% of unmarried college students participate in binge drinking, making alcohol the most abused substance on college campuses. If the drinking problem was resolved, issues such as date rape, sexual harassment, college drop out, deaths from alcohol poisoning, racial and domestic disturbances, and suicide would be significantly reduced, as alcohol is linked to all.

Contributing to the Rise

Relationships are vital in influencing whether an adolescent will engage in binge drinking. A recent study shows that attitudes toward alcohol develop as early as the sixth grade, and persons are 5 times more likely to drink if their friends do. Even merely associating with peers who drink carries a heavy weight in whether one will drink him/herself.

I (Anthony), and many others from both secular and Christian universities, have been in a situation similar to Josh’s. Josh dealt with his circumstance in a wise and healthy way; he went home on the weekends during college, which ultimately removed him from the temptation to “go out.” It takes only experience to know that peer pressure can be overwhelming, especially when one is alone amidst non-believing friends who live another lifestyle. Paul knew this, in 1 Corinthians 15:32-33 he comments to Christians, “If, in the manner of men, I have fought with beasts at Ephesus, what advantage is it to me? If the dead do not rise, ‘Let us eat and drink, for tomorrow we die!’ Do not be deceived: ‘Evil company corrupts good habits.’ Awake to righteousness and do not sin; for some do not have the knowledge of God.”

Last month 1200 town hall meetings were convened to address the nationwide problem of underage drinking. We urge counselors, pastors, teachers and parents alike to get involved! Information on upcoming meetings and the “Start Talking Before They Start Drinking” initiative is available at www.stopalcoholabuse.gov, or you can call 1-800-729-6686.

Also, there is no replacement for keeping faith in the home. Parents, continue to teach strong morals and the Word of God. Whether you believe in full abstinence from alcohol or responsible drinking, educate your children about the dangers of irresponsible alcohol use.

To learn more about the
short and long-term consequences of underage drinking, including tips for parents on initiating conversations about alcohol, visit www.stopalcohlabuse.gov or call 1-800-729-6686.

« Relationships: Why you love, feel and act the way you do
Guitars. Gospel. & God »

“The greatest red carpet you walk is through you

We had the best time in Colorado this past week do

Life with this beauty is an adventure and joy. #n

This week on the @famousathome podcast we talked a

I know it’s after Christmas, but that’s the po